With so many carabiners on the market, it's easy to become overwhelmed when deciding which one is best for your needs. Do I need an auto-locking or non-locking carabiner? What is the maximum weight that your carabiner can support? Which carabiner shape is best for you? All of these inquiries are crucial in making your decision.

Where are the applications of carabiners in daily life?

People usually associate carabiners with climbing and mountaineering. Well, that's not wrong. However, apart from this typical situation, many other areas are used. For instance, workers who have to climb the electricity pole to fix joints of the cables have to use carabiners to climb up and down. They and survivalists also need carabiners to secure a piece of gear and make emergency fixes.

You can also make a carabiner block by placing a clove hitch so that it blocks against the rapide.

Today, many people use them in their bags to hang stuff like water bottles (some water bottles come with an attached carabiner), while others like them as a keychain to tuck loads of keys and cards for shopping.

The possibilities are limitless.

Consider what you'll be doing with the carabiner before you try to choose one.

If you are looking for a multipurpose carabiner, go for something that adapts to your wide range of needs. In short, it should be sturdy, slightly big, and of premium quality.

Here are some factors that can help you out with the question-How to choose a rappelling carabiner.

The very first thing to notice is the shape of the carabiner. If you look correctly, you will know that each form works slightly differently. Here's a rundown of the many carabiners shapes you might come across during your search:

Massive gates on pear-shaped carabiners make them perfect for clipping gear with each other or holding on to a big climbing rope, depending on whether it is a single or double rope rappel. They're most commonly used for rappelling, but the multi-pitch climb is also famous. They are less durable than the other designs described here, and they are typically more costly than d or asymmetrical d-shaped carabiners.

The D design carabiners are one of the sturdiest ones out in the market. This rappel device has a shorter gate opening than other forms, although its gate is still greater than oval carabiners. They're reasonably priced and great for a variety of climbing exercises.

At first glance, these 'biners resemble pear shapes rather than D shapes, but they are meant to work in the same way as D-shaped ones. Because they are lighter than D-shaped biners and have bigger gate openings, they are the most common option.

These were the first versions to be released, and they continue to be the cheapest. As their name suggests, they are oval and have smaller holes than other carabiner shapes.

They are not as well built as the D design or asymmetrical carabiners. Neither they have a pear shape to distribute the weight, though their curve design minimizes the chances of weight shifting to some extent. This reduces a bit of weight that enhances the rappelling experience.

#2 Carabiners With Or Without Locking

Although carabiners are designed to stay closed, the gate may open unexpectedly. That is, at least, how non-locking carabiners work. Non-locking 'biners lack the mechanisms that make locking 'biners more secure. Some have gates that you can lock manually, while others are self-lock gates.

Carabiners that lock are heavier than those that don't, but they're significantly more secure. Even the extra weight is worth it for the comfort of the mind. You can find some compact lockers out there. Full-sized locking carabiners are the way to go if you require carabiners for rappelling or belay stations, similar to using a tube-style belay device or traditional belay device.

After you've decided on a general shape and locking mechanism for your carabiner, you'll need to think about the gate's appearance. Because of the screw or auto-lock design, locking gates usually only come in one shape. However, if you're looking for a non-locking variant, here are your options:

Straight gate 'biners are simple to use and extremely long-lasting. They're helpful for securing items, and many have a keylock nose to prevent snagging. These types are spring-loaded, so it immediately closes when you let go of the gate. They are a little more expensive and heavier than wire gate carabiners.

The lightest alternative is to use wire gate carabiners. They were thought to be less secure than straight and bending gates, but that is no longer the case. They have a complete wire loop instead of a solid shaft for the gate. In cold areas, the hole saves weight and makes them less prone to freeze shut.

#4 Differences Between Carabiner: Strength Vs. Weight

In climbing, a common rule of thumb is that the less weight you carry, the better. As a result, you may be tempted to purchase the lightest model carabiners available. When it comes to security, light isn't always the most incredible option.

Consider how much weight the carabiner will have to support and how sturdy you want your 'biners to be. Lightweight models feature narrower rod stocks than heavier models, which means they won't last as long. Hence, you have to make your carabiner stronger.

How To Pick The Right Carabiner For Yourself?

You should ideally have a range of carabiners on hand to be ready for whatever excursion you're planning. This essential guide may steer you in the correct direction if you only require them for a few applications:

Here is a list of the Best 10 Rappelling Carabiners that suit a wide range of needs: 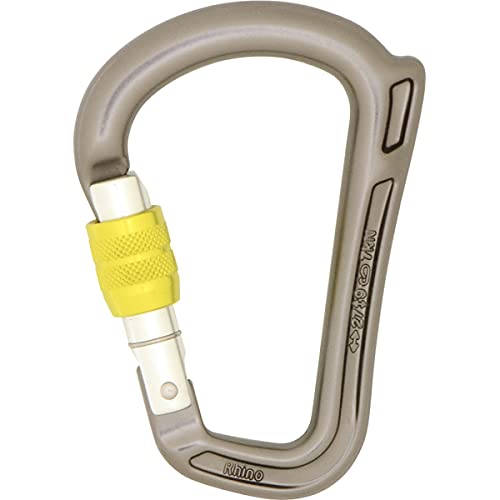 2. Edelrid HMS Strike Slider- This is a good choice for those looking for an Auto-locking Carabiner for security. 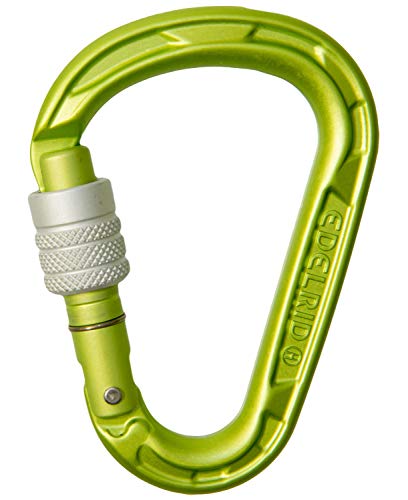 3. Edelrid Pure Slider- A light-weighted alternative to a regular carabiner 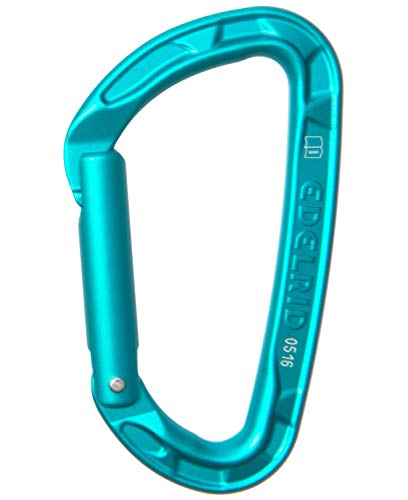 4. DMM Phantom Screwgate- One of the lightest locking carabiners 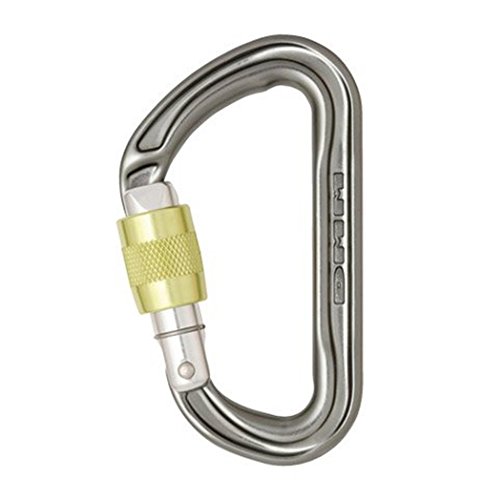 5. Black Diamond Equipment - VaporLock Screwgate Carabiner- Serves as an all-around locking carabiner for an extensive range of purposes because of its curved spine. 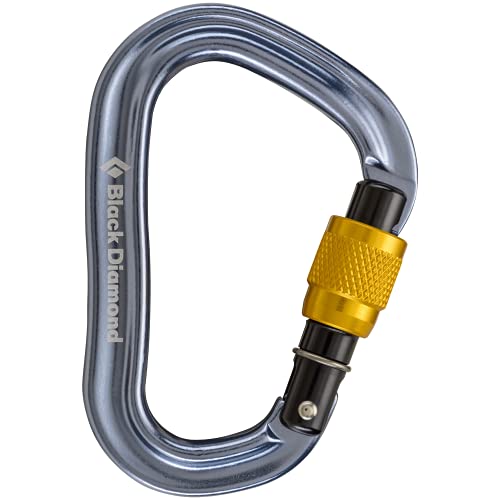 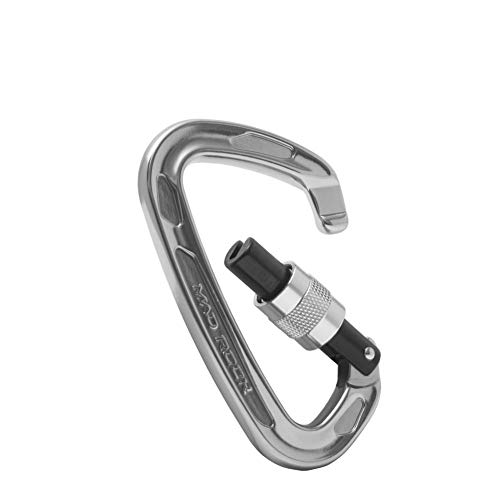 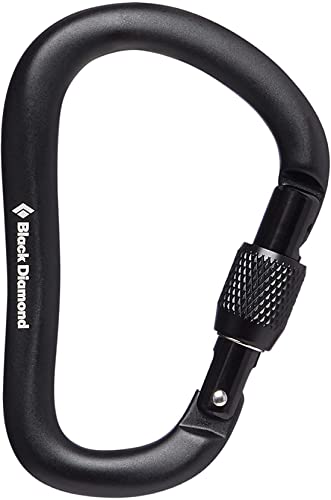 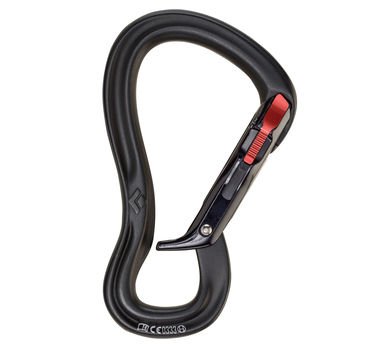 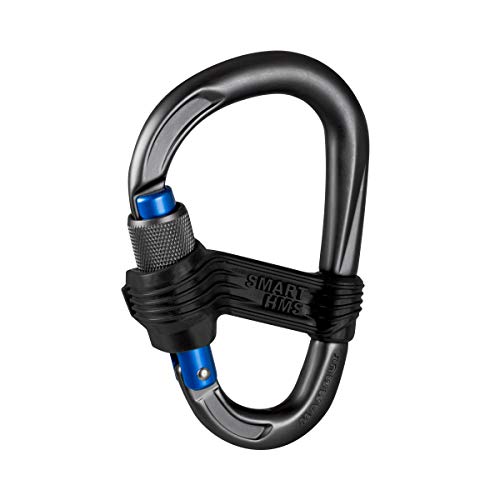 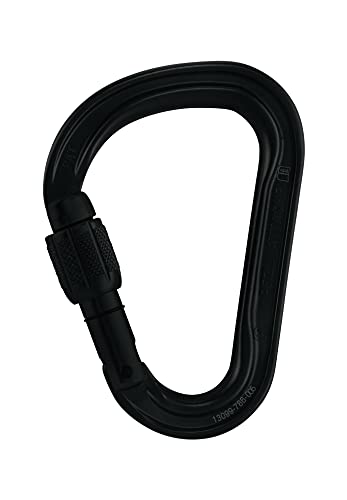 The only way to find the 'best' carabiner for your needs is to assess them manually. Our neurology is different, and so is needed. One can find a pear-shaped carabiner more suitable than a D-shaped one (D-shaped are more versatile than pear-shaped ones).

Testing your options and seeing how they feel might sometimes be the best method to identify which carabiner is appropriate for you. Which carabiners are the most straightforward to work with? Which ones do you think are the safest?

Colors are a personal choice; however, some expert climbers choose colors based on how simple they see when moving. If you are an experienced climber, you might  have a favorite color. You'll find the best carabiners for your unique demands after trying out a few different possibilities.

Can I rappel with a carabiner of any choice?

Yes, however, with oval carabiners, the carabiner brake works best. It's simple to set up compared to other flavors of carabiner brake, and the rappel will be more comfortable. Make sure the offset D-shaped or pear-shaped carabiners are oriented appropriately if you're using them. You should also consider using a double carabiner brake rappel approach for safety purposes. You can feel some additional friction increase upon using it; however, creating too much friction for rappeling can be dangerous.

You might also be interested in learning about the carabiner brake rappel method that can be used on a single strand and double strand rope.

For rappelling, what number of carabiners do I need?

Rappelling requires a lot of equipment, and it can be challenging to keep track of what's required, what's a great method, and what's optional. The minimal standard and safe setup are two carabiners that lock very well for a very simple circumstance.

Since the Munter hitch is known for causing kinks and twists in the entire rope, it's best employed for short periods while rappelling. However, in a high-load or heavy circumstance, you can solve the kinks by increasing one or more spins of the knot to form a Super Munter.